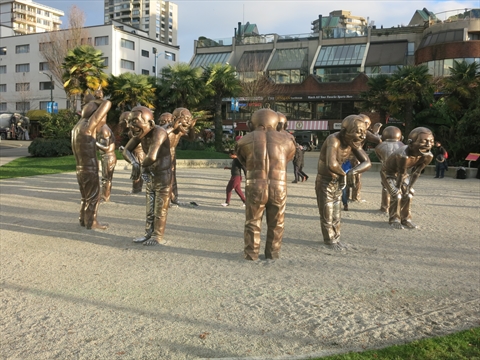 The A-Maze-Ing Laughter art work is a fairly new art work in Vancouver that is quickly becoming the city's most visited attraction!  It is a collection of larger than life statues that are laughing and making funny gestures with their hands.  People love to take photos with the statues.  People call this these statues the Laughing Men!  These statues bring a smile to most people that visit them!

In 2012, Shannon and Chip Wilson, who founded Lululemon, donated $1.5 million dollars for the city to buy the statues and keep them on display permanently.

On July 13, 2017 the city of Vancouver proclaimed the official "Day of Laughter".  This was in honour of the artist of A-maze-ing Laughter, Yue Minjun, who was visiting Vancouver.  This was his first visit to Vancouver and to his artwork here. 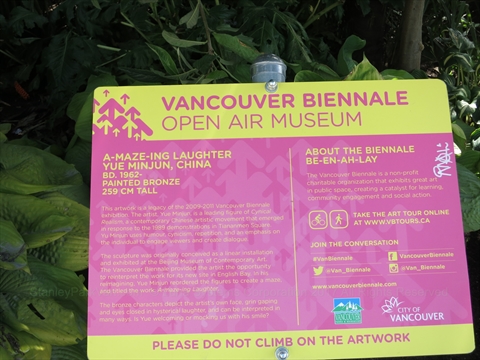 This artwork is a legacy of the 2009-2011 Vancouver Biennale exhibition.  The artist, Yue Minjun, is a leading figure of Cynical Realism, a contemporary Chinese artistic movement that emerged in response to the 1989 demonstrations in Tiananmen Square.  Yu Minjun uses humour, cynicism, repetition, and an emphasis on the individual to engage viewers and create dialogue.

The sculpture was originally conceived as a linear installation and exhibited at the Beijing Museum of Contemporary Art.  The Vancouver Biennale provided the artist the opportunity to reinterpret the work for its new site in English Bay.  In his reimagining, Yue Minjun reordered the figures to create a maze, and titled the work: A-maze-ing Laughter.

The bronze characters depict the artist's own face, grin gaping and eyes closed in hysterical laughter, and can be interpreted in many ways.  Is Yue welcoming or mocking us with his smile? 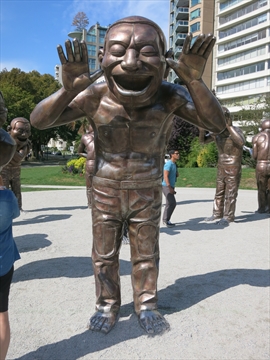 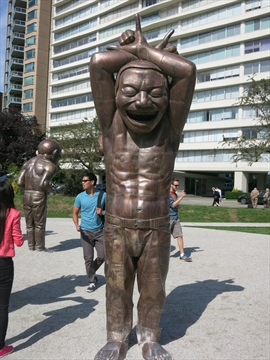 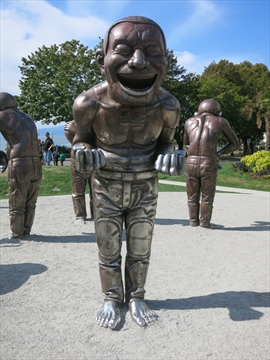 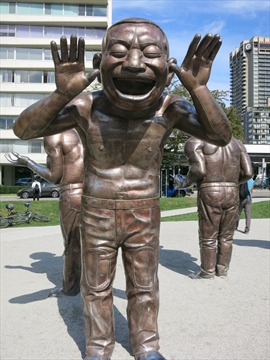 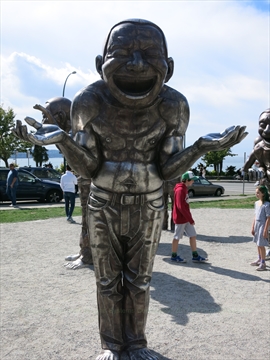 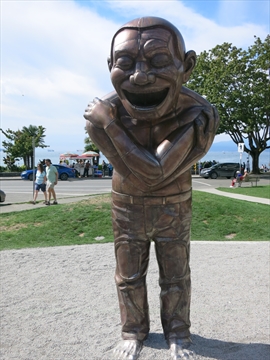 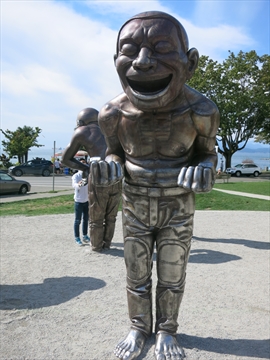 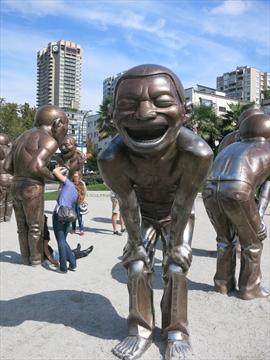 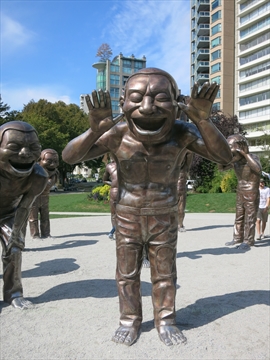 Where is the A-Maze-Ing Artwork located?

The A-Maze-Ing Artwork is located in Morton Park which is a small piece of land directly in front of English Bay in Vancouver, British Columbia, Canada.  The artwork is located at the corner of Davie Street and Denman Street in the West End neighbourhood of Vancouver.  This is a short distance from Stanley Park.  You can get to the A-Maze-Ing artwork easily by car, bus, or walking.

What is located nearby the A-Maze-Ing Artwork?

There are many shops and restaurants located very close to the A-Maze-Ing Artwork.  The Cactus Club Cafe restaurant, English Bay Bath House, English Bay Beach and the English Bay Seawall, and obviously are located across the street from the statues.  The historic Sylvia Hotel is located half a block away.