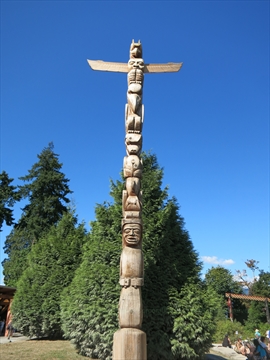 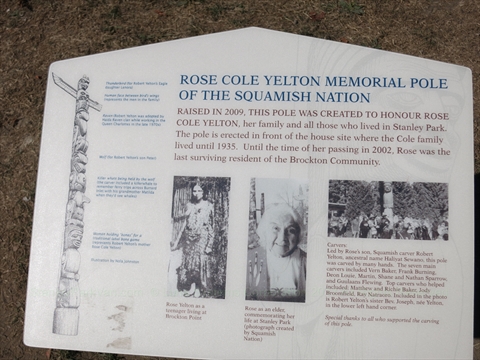 Raised in 2009, this pole was created to honour Rose Cole Yelton, her family and all those who lived in Stanley Park.  This pole is erected in front of the house site where the Cole family lived until 1935.  Until the time of her passing in 2002, Rose was the last surviving resident of the Brockton Community.

There are 3 photos: Rose Yelton as a teenager living at Brockton Point; Rose as an elder, commemorating her life at Stanley Park (photograph created by Squamish Nation); Carvers: led by Rose's son, Squamish carver Robert Yelton, ancestral name Haliyat Sewano, this pole was carved by many hands.  The seven main carvers included Vern Baker, Frank Burning, Deon Louie, Martin, Shane and Nathan Sparrow, and Guulaans Flewing.  Top carvers who helped include: Mattew and Richie Baker, Jody Broomfield, Ray Nataroro.  Included in the photo is Robert Yelton's sister Bev. Joseph, nee Yelton, in the lower left hand corner.  Special thanks to all who supported the carving of this pole.

On the left side of the plaque is a description of the figures in the totem pole...from top to bottom:

Human face between bird's winds (represents the men in the family) 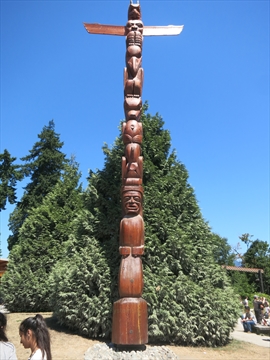 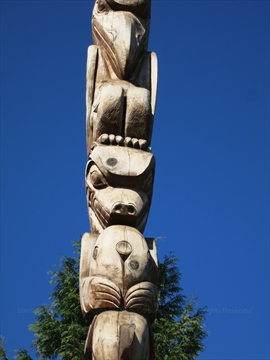 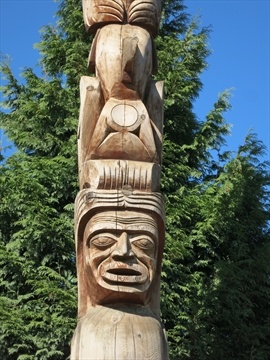 Where is the Rose Cole Yelton Memorial Totem Pole in Stanley Park?

The Rose Cole Yelton Memorial Totem Pole is located with many other Totem Poles in a display area at Brockton Point in Stanley Park, Vancouver, BC, Canada.