﻿ 2021 Celebration of Light Fireworks at English Bay and Festival in Stanley Park, Vancouver, BC, Canada | StanleyParkVan.com ﻿ ﻿

2021 Celebration of Light Fireworks and Festival at English Bay, Vancouver, BC, Canada

Celebration of Light Fireworks at English Bay, Vancouver, BC, Canada 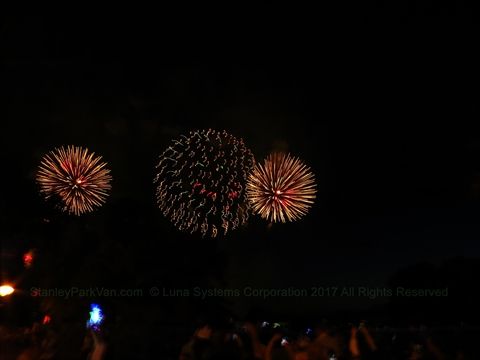 2019-08-07 Update: Team Canada has been named winner of the 2019 Honda Celebration of Light!  Team Croatia was named People's Choice winner.

The Honda Celebration of Light is an annual event, 29th year in 2019, that takes place late July/early August in Vancouver.  It consists of 3 nights of fireworks syncronized to music and associated daytime festival with bands, food, and beer gardens.  This is Vancouver's largest event and attracts hundreds of thousands of people and many boats each night to the area around English Bay. 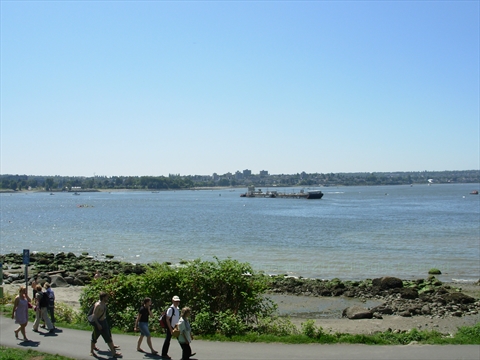 The fireworks are fired off from a barge in English Bay.  The fireworks last about 25 minutes normally.  There are speakers to hear the music near English Bay so that you can hear the music.  The music is also broadcast on the radio(the breeze 104.3 FM) so you can listen to it when not near the speakers.   Each year, there are 3 teams each from a different country that compete for the best fireworks show.  It is really a cool sight to see down at English Bay because hundreds of boats form a semi-circle a safe distance around the fireworks barge.

Most people will view the fireworks from the seawalls and beaches that border English Bay.  Some people will camp out all day to get a good spot to watch the fireworks.  Watching from these areas is completely free.  There are some VIP stands, lounges(Keg Lounge, YVR Observation Deck, Inukshuk Lounge) and viewing areas for which tickets must be purchased.  The fireworks can also be seen from Kitsilano and Point Grey on the south side of English Bay.  There are many boat charters out of Coal Harbour / False Creek that will take people out for dinner and/or drinks to watch the fireworks from the water.

Traffic in the West End neighbourhood is restricted to residents only after 6pm on fireworks nights.  Traffic and transit are extremely busy on these nights in the downtown core.  It can take hours to exit the downtown core after the fireworks so be warned!

This event was originally called the 'Symphony of Fire'. 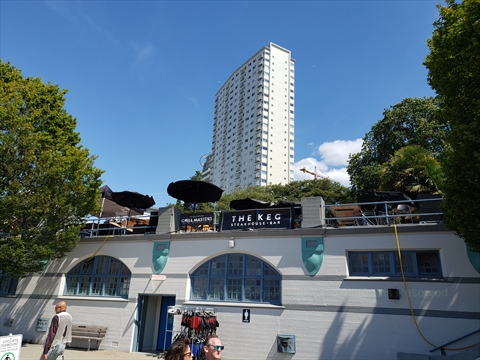 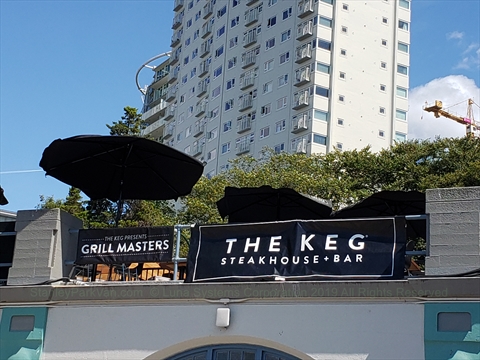 This lounge is a 19+ lounge and is located on the roof of the English Bay Bath House.  It is for adults aged 19+.  It features food from the Keg Steakhouse and live music.

New for 2019 there will be more general admission seating and optional reserved tables on raised platforms for better viewing.

Music programming will be done by radio station Z95.3.  Music is:

Concord Lounge at the Inukshuk 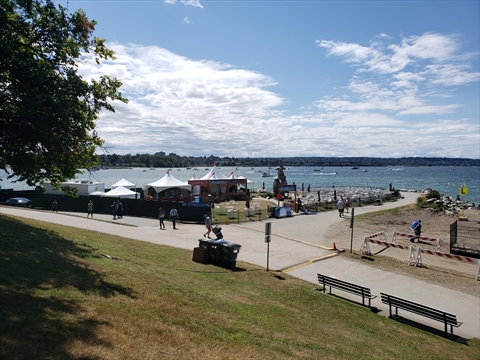 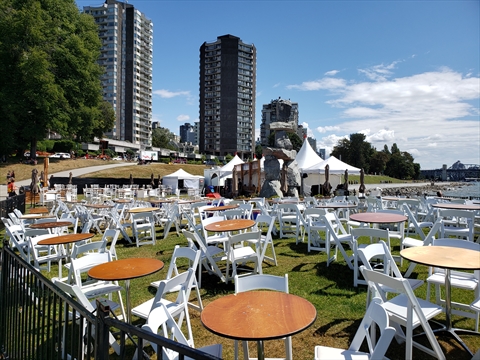 This lounge is located at the Inukshuk Statue at English Bay and has the closest view of the Fireworks.

This venue opens as 6:30pm on fireworks nights.  There is some pre-show entertainment.  Reserved table tickets are available. 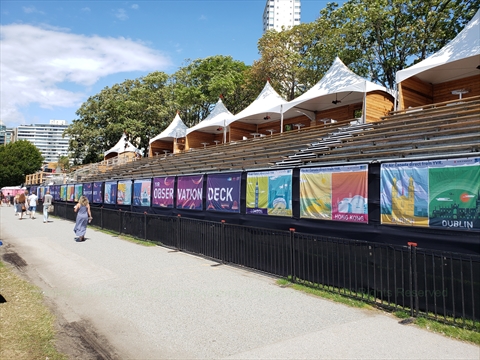 This is reserved sand-free bleacher seating for families or groups just next to the English Bay Bath House with a good view of the fireworks.

Ticket prices are TBA and include:

This venue opens as 6:30pm on fireworks nights.

We went to this event in 2019.  It was really good.  Great unobstructed view of the fireworks.  We don't recommend going too early as there is only your unpadded seats and limited space to walk around where the bar and restrooms were.  We went at 9pm thinking that there would be a long line to get in, but there was no line.  It was a little too early in our opinion to go.  If we went again, we would go around 9:30pm. 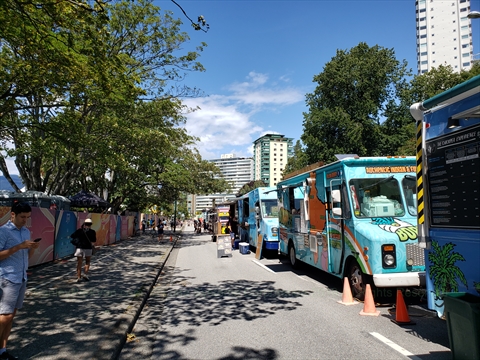 There are many food trucks located right on Beach Avenue behind the YVR Observation Deck.  Some of these were open as early as 2pm on the day of the fireworks.

In 2017, the countries represented were Japan, United Kingdowm, and Canada! 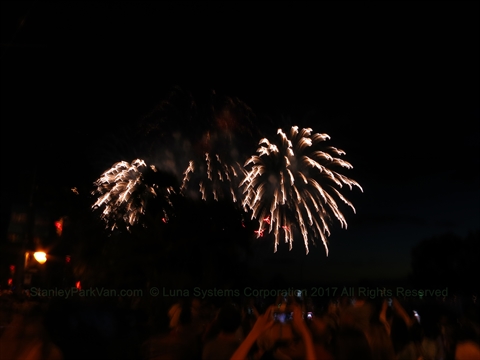 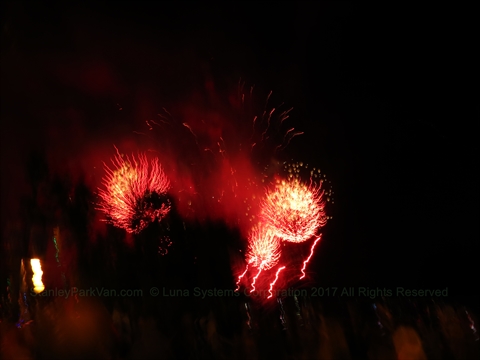 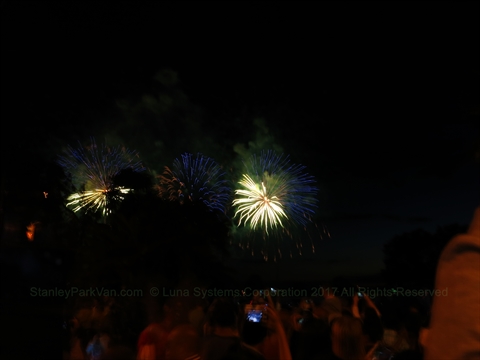 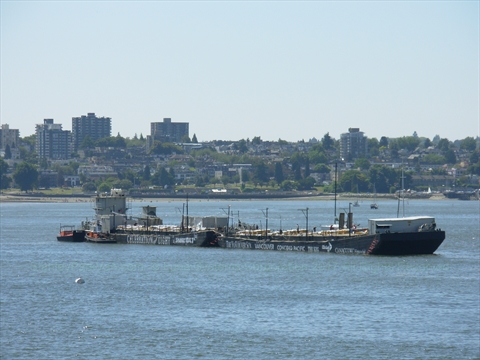 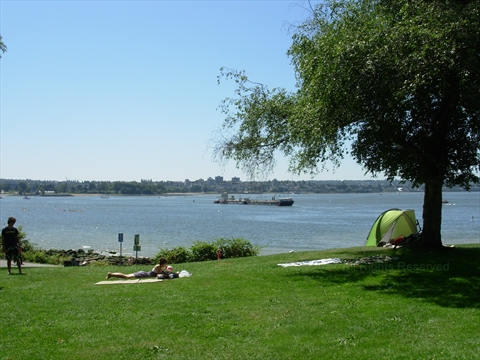 2019 The Park Stage at Second Beach (Celebration of Music) 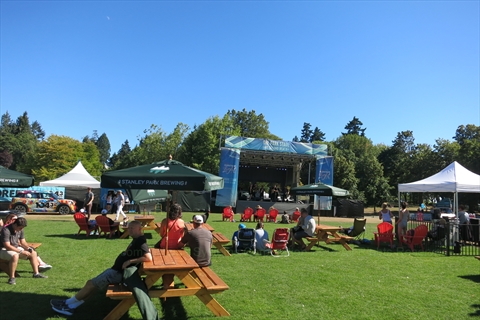 The Park Stage at Second Beach (formerly called the Celebration of Light Fireworks Festival) is an annual free event that takes place during the daytime of the fireworks nights.  For the third year, this event will be held at Ceperley Park in front of Second Beach.  There will be live music from 2pm to 9pm each day of the festival(July 27, July 31, and Aug 3).  Also, there will be food trucks, a beer garden.  The festival is family friendly.

The bands/performers playing this year will be: 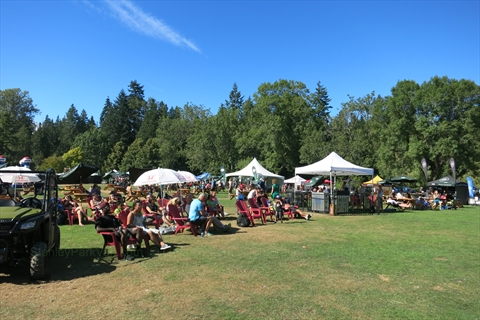 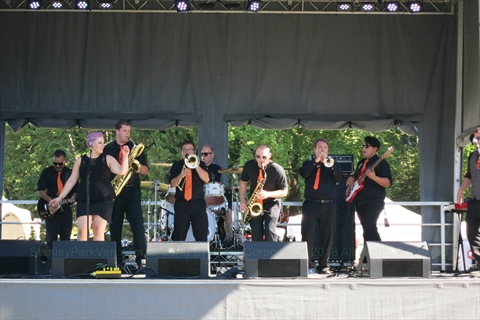 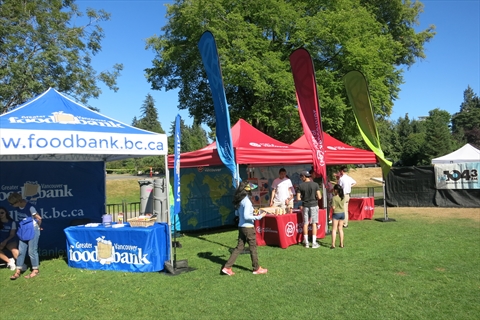 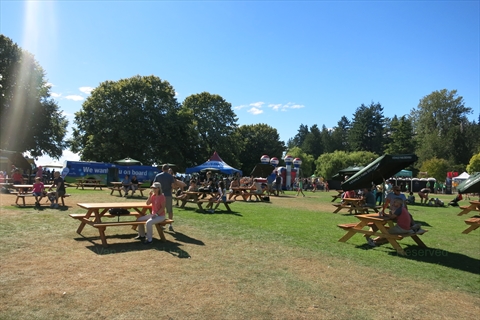 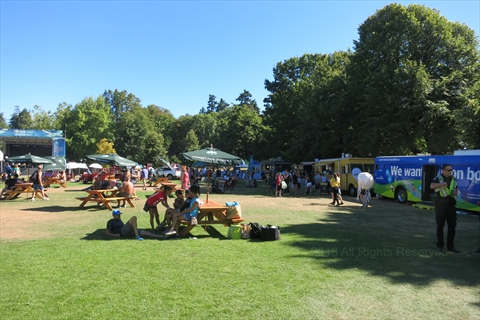 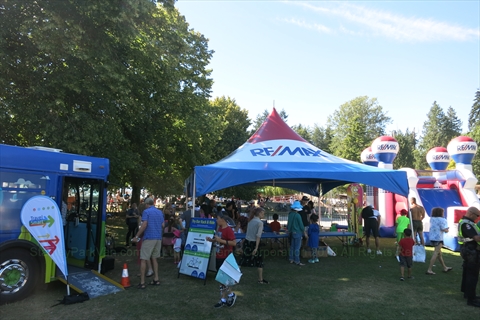 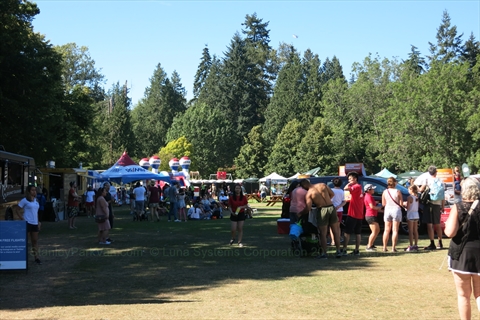 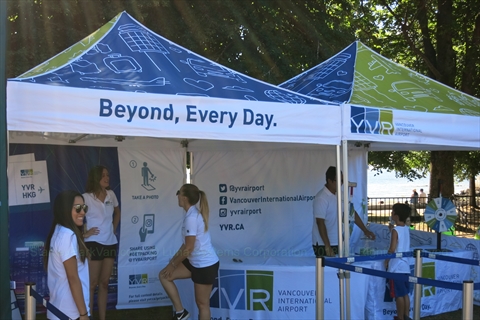 Where do the Celebration of Lights Fireworks take place?

The Celebration of Light fireworks take place in English Bay in Vancouver, BC, Canada.  Nearby is English Bay Beach, and the English Bay Seawall.

When are the Celebration of Light fireworks in 2019?

Where is the best place to watch the Celebration of Light fireworks?

The best place to watch the Celebration of Light fireworks is on English Bay Beach right in front of the barge.  From this spot you can hear the syncronized music from the speakers and see the fireworks unobstructed.  People go to English Bay beach many hours before the fireworks to save a spot.  Don't expect to get a good spot on the beach if you aren't there hours before.  Also, be aware if the tide is rising, your spot on the beach may be gone by showtime!

What radio station is the fireworks music simulcast on?