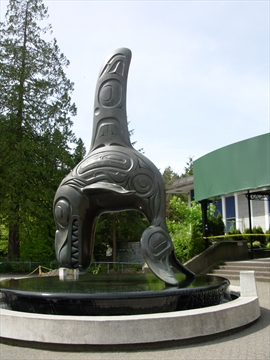 Killer Whale, Chief of the Undersea World, is a large 5.5 meter tall bronze statue by the world famous artist Bill Reid.  It was given as a gift to the Vancouver Aquarium.  This is such a rare treat to see such a fantastic art work by Bill Reid for free.  Much of Bill Reid's work is in museums.  We encourage you to check out the Bill Reid Art Gallery in downtown Vancouver and the UBC Museum of Anthropology which have fantastic collections of Bill Reid's art! 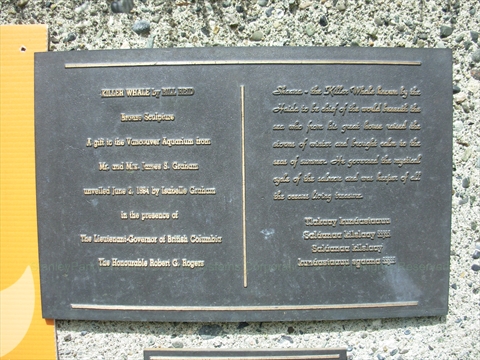 The left side of the plaque says:

A gift to the Vancouver Aquarium from Mr. and Mrs. James S. Graham unveiled June 2, 1984 by Isabelle Graham in the presence of The Lieutenant-Governor of British Columbia The Honourable Robert G. Rogers.

The right side of the plaque says:

Skana - The Killer Whale known by the Haida to be chief of the world beneath the sea who from his geat house raised the storms of winter and brought calm to the seas of summer.   He governed the mystical cycle of the salmon and was keeper of all the ocenas living treasure. 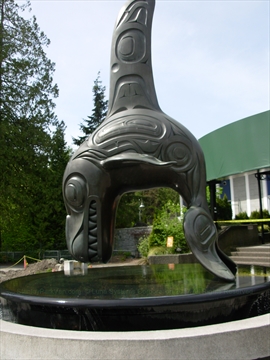 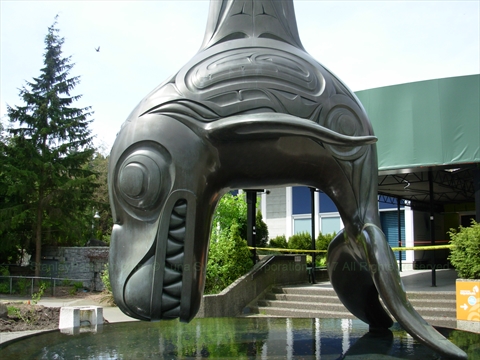 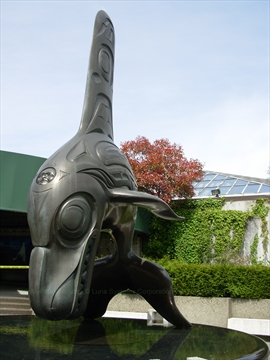 Where is Killer Whale-Chief of the Undersea World Statue in Stanley Park?

The Killer Whale-Chief of the Undersea World Statue is located in the Sculpture Pool which is in front of the entrance to the Vancouver Aquarium on Avison Way.