﻿ Stanley Park Seawall and the other Seawalls in Vancouver BC Canada | StanleyParkVan.com ﻿

Stanley Park Seawall and the other Seawalls in Vancouver, BC, Canada 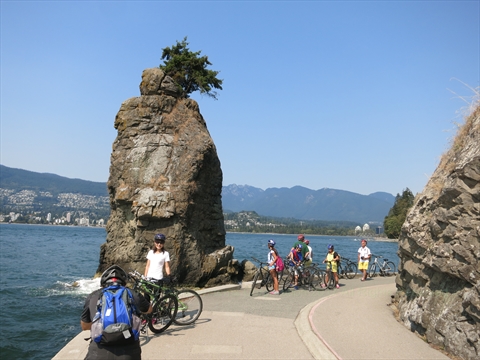 The seawalls of Vancouver are actually 2 paths, one for walking/jogging and one for bicycles/skateboards/rollerblades. 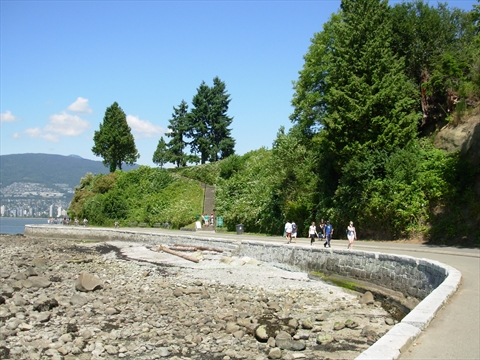 The Stanley Park Seawall is Vancouver's crown jewel of Vancouver!  It is a 9 kilometre (5.5 mile) seawall that goes all the way around the outside of Stanley Park.  Along the way you can see some great views of Vancouver City, the north shore, mountain, and the ocean.  You will also pass some of Stanley Park's main attractions such as the Totem Poles, Nine O'Clock Gun, Lumbermens' Arch, Siwash Rock, Third Beach, and the Second Beach Outdoor Swimming Pool.  Finally, it is just a good workout to walk the 9 kilometres!

The bicycle path on the Stanley Park Seawall is one-way counter-clockwise due to it being narrow in spots!  The other seawalls bicycle paths are bi-directional! 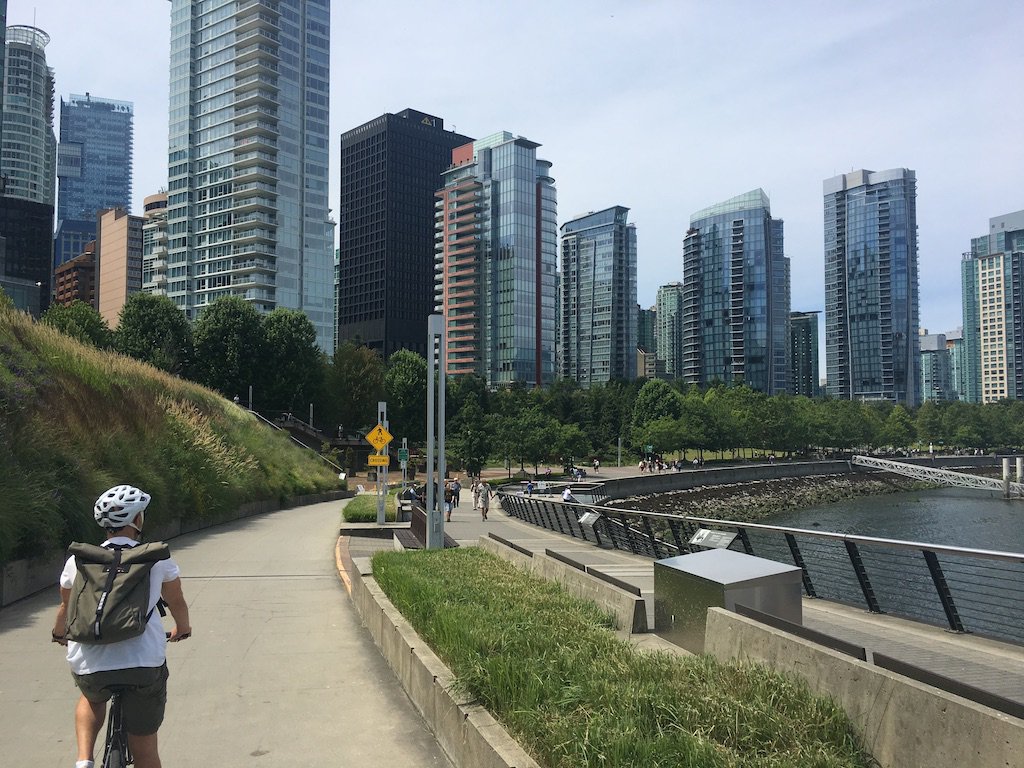 The Coal Harbour Seawall is the newest seawall in Vancouver.  It is an approximately 2 kilometres (1.5 mile) long seawall that runs the entire south edge of Coal Harbour from the Vancouver Trade and Convention Centre to Stanley Park.  Along the way you will see beautiful views of the shiny new Coal Harbour neighbourhood, North Vancouver and the mountains.  You will pass a number of parks, restaurants, and marinas. 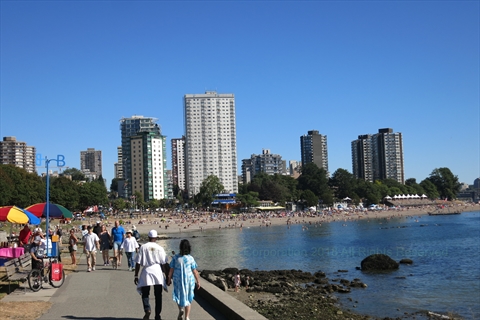 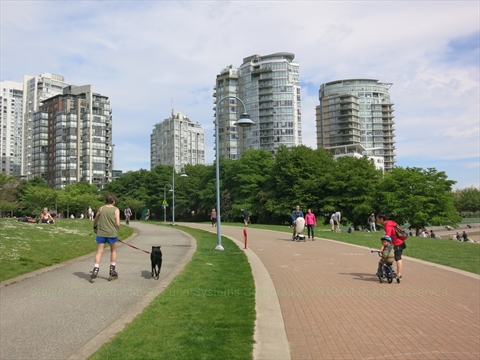 The City of Vancouver has a good printable map that can be found here: Seawalls Map

Good information about cycling the seawalls can be found here: VanSeawall.ca