There are many wild animals that live in Stanley Park.  For being minutes from a major city's downtown core, you can see coyotes, squirrels, great blue herons, racoons, ducks, eagles, canada geese, beavers, turtles, marmots, bats, and other animals.

From the seawall you may also see whales, sea otters, and harbour seals.

There used to be some giant mute swans in Lost Lagoon, but they were retired a few years ago.  Find out about their retirement below.

There are no large animals such as bears that live in the park.  There was a deer, once recently, but it didn't last long(see below).

Also, once there was a rooster who lived in the park.  It also had an interesting story.

It is amazing the diversity of animal life in and around Stanley Park!

Do Not Feed Wild Animals in Stanley Park 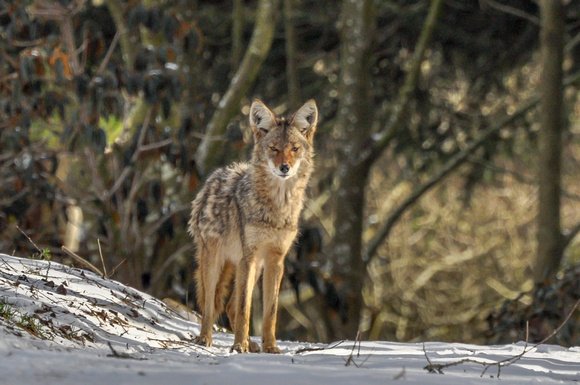 There are some coyotes in Stanley Park.  In 2021, there have been many incidents where coyotes have bitten people.  Click below to find out what to do when you encounter a coyote.

There are lots of squirrels in Stanley Park.  There are primarily Eastern Grey Squirrels and Douglas squirrels.  The Squirrels are everywhere, but a good place to see them is on and near the trail around Lost Lagoon.

more info and photos of Squirrels... 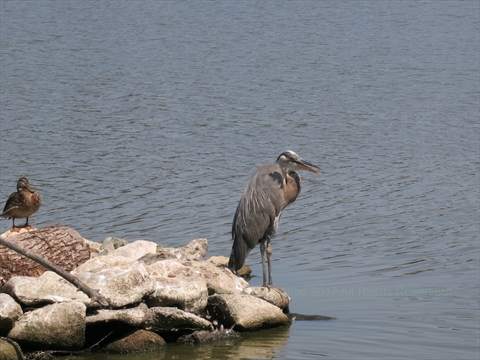 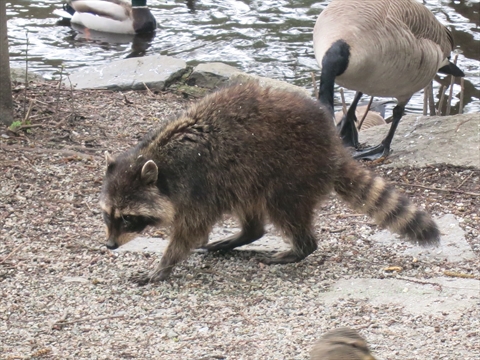 There are lots of racoons in Stanley Park.  The best place to see them is near Lost Lagoon and the Duck Pond.

There are lots of ducks in Stanley Park.  The largest concentration of ducks is in Lost Lagoon and the Duck Pond.  There are many types of ducks including: gadwalls, common goldeneyes, buffleheads, barrow's goldeneye, and mallards.

The Mallad ducks used to be migratory, but now just live year round in Stanley Park. 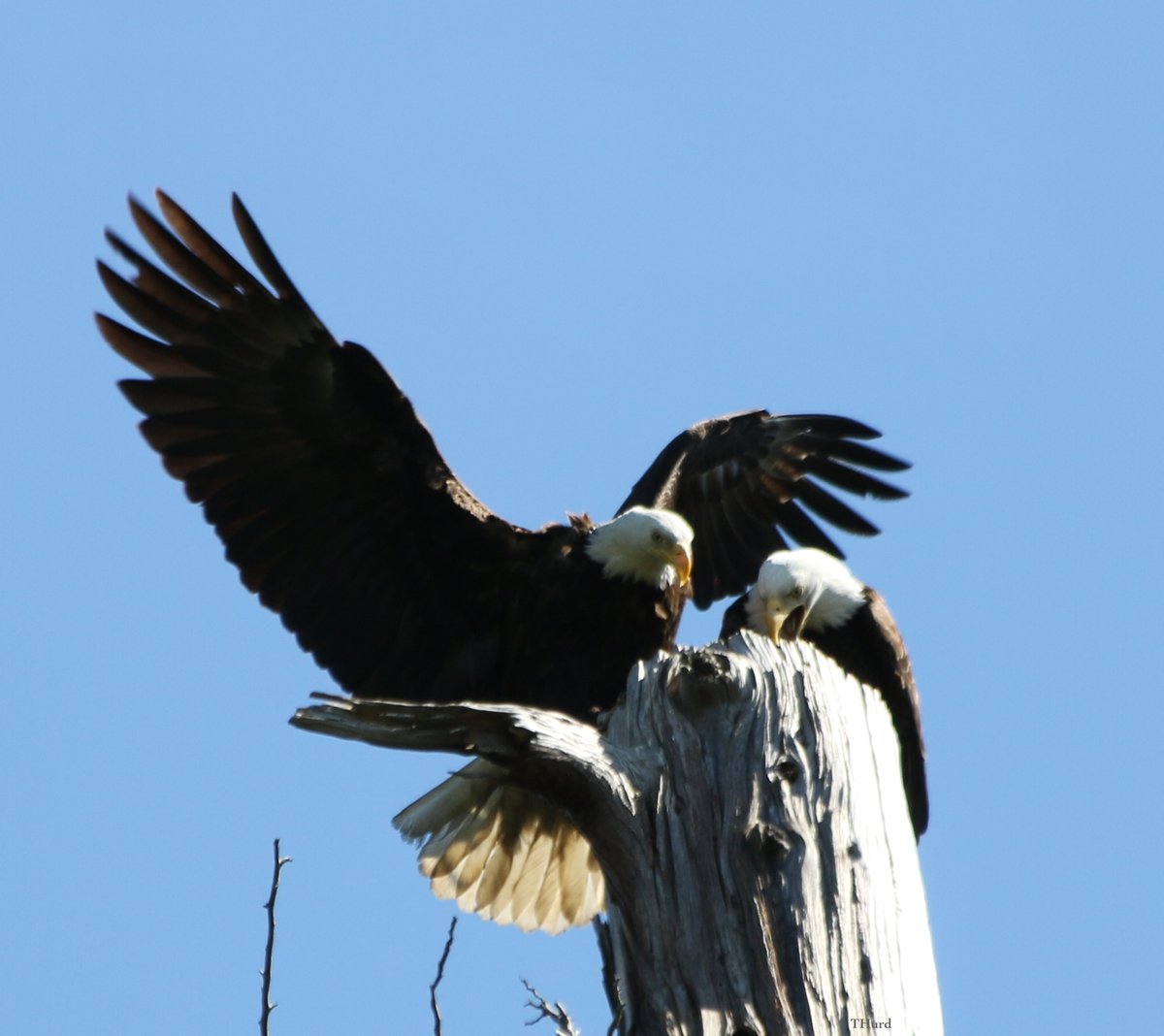 There are eagles in Stanley Park.  We think that the best place to see them is in the tall trees near the Stanley Park Pavilion.  Additionally, they can be seen frequently near the Great Blue Heron colony next to the tennis courts.

It is thought that Stanley Park has some of the tallest trees in the world because of the eagles.  They would hunt salmon and eat them in the trees dropping the bones which would provide calcium for the trees to grow large! 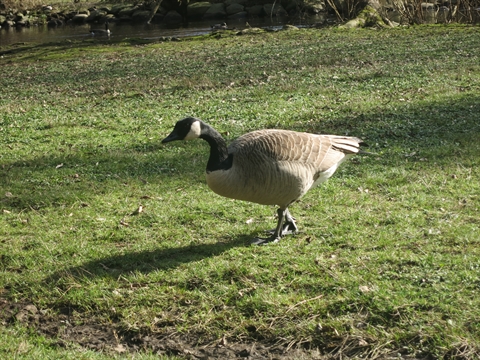 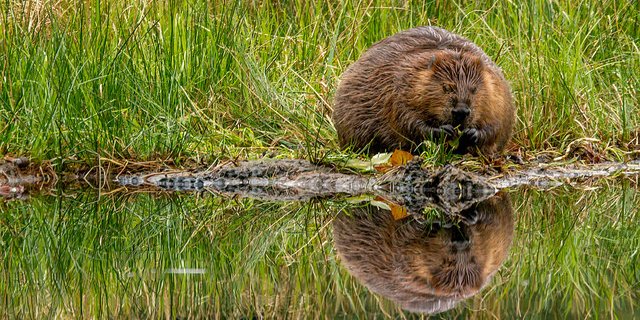 There are beavers in Stanley Park.  One built a house under the stone bridge at the Duck Pond.  There are a few more beavers that live in and near Beaver Lake.  There is a huge beaver house in Beaver Lake.  They are usually not out and about during the day.  The best time to see them is around dawn and around dusk.

In the summer of 2021 there appears to be 2 families of Beavers with about 5-10 beavers in total! 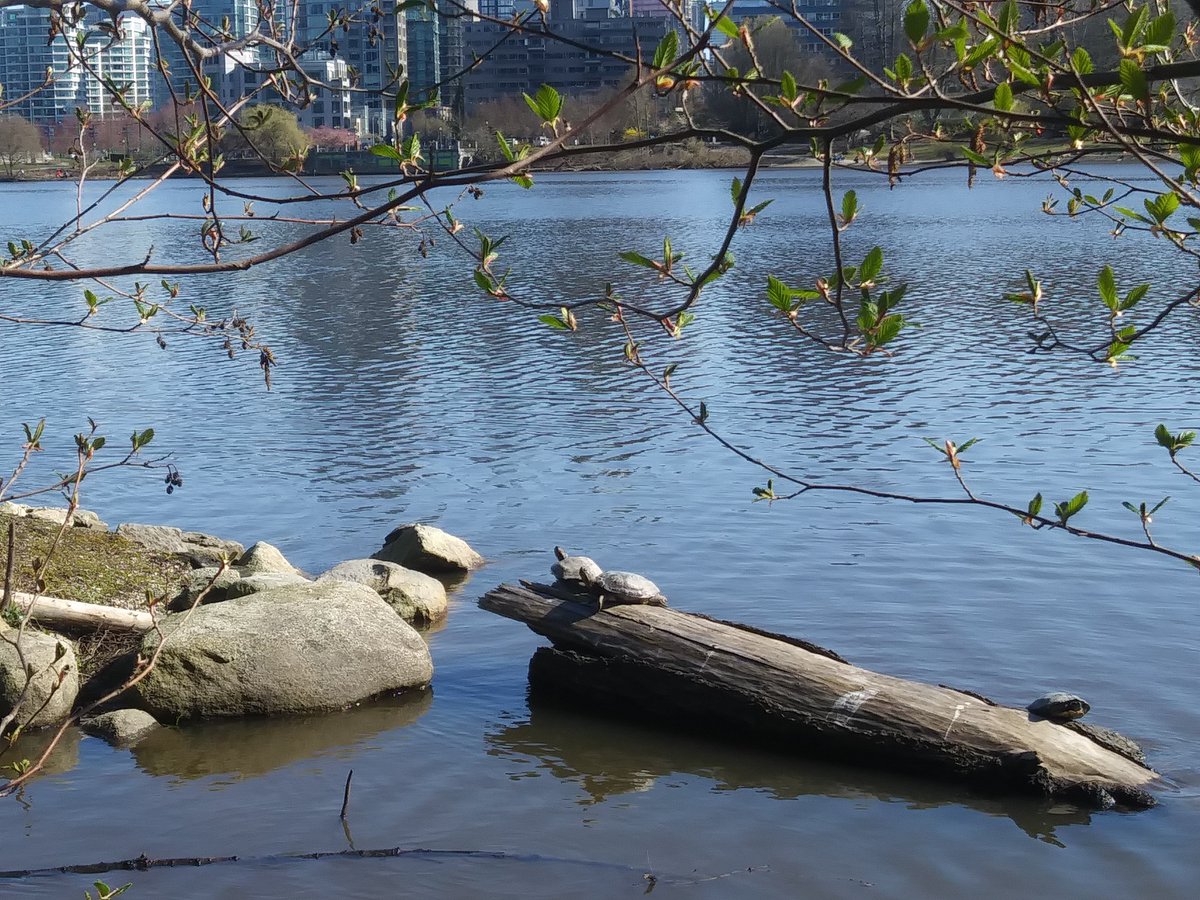 There are turtles in Lost Lagoon.  On sunny days, you can see them sunning themselves on logs.  Most likely, these were somebody's pet that they released in Lost Lagoon. 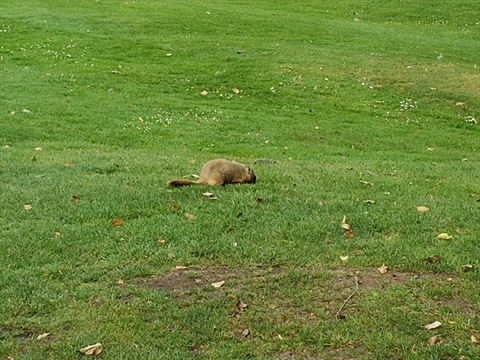 There is a marmot that lives on the Stanley Park Pitch and Putt Golf Course.  There are not that many marmots left in the world. 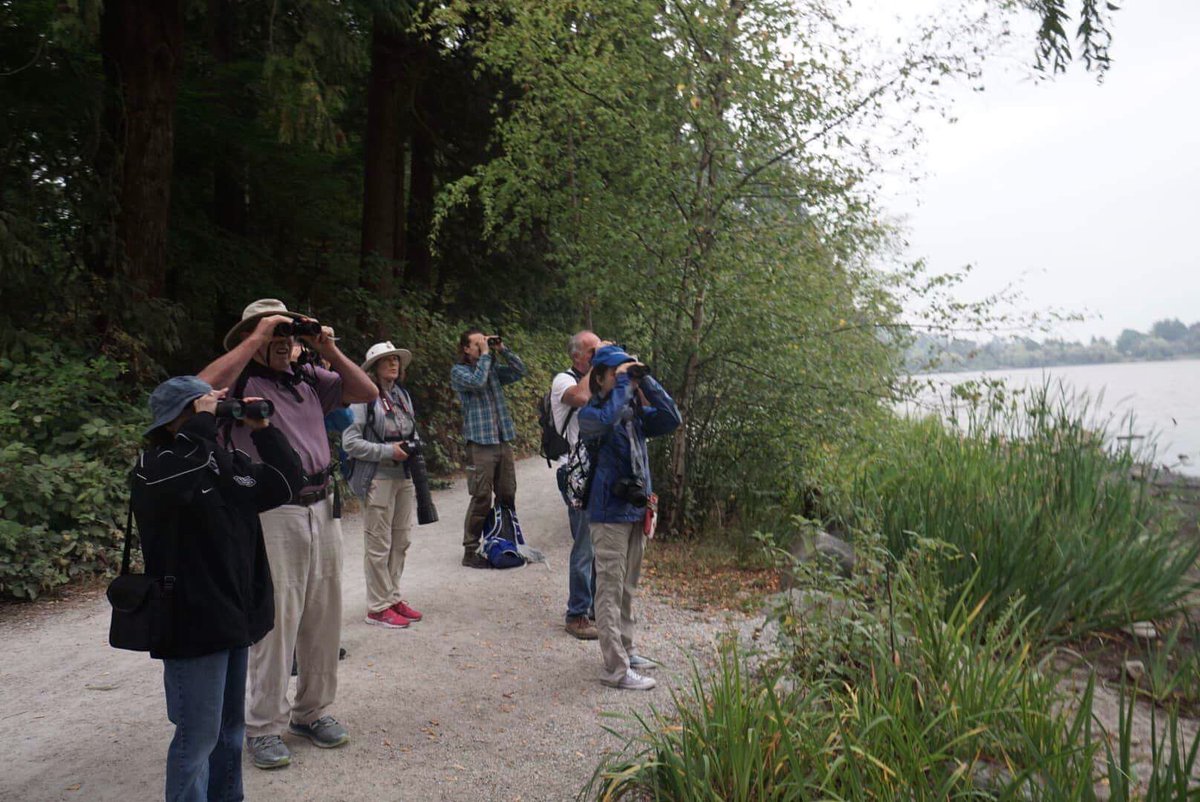 There are many other types of birds in Stanley Park other than the Eagles and Great Blue Herons.  Some of the other birds spotted in the park are: Belted Kingfisher, Seagulls, Anna's Hummingbirds, Woodpeckers, marsh wrens, chestnut-backed chickadees, willow flycatchers and many others. 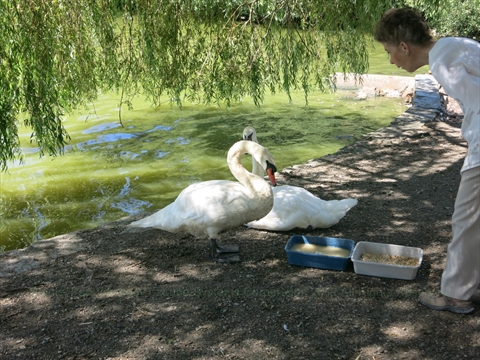 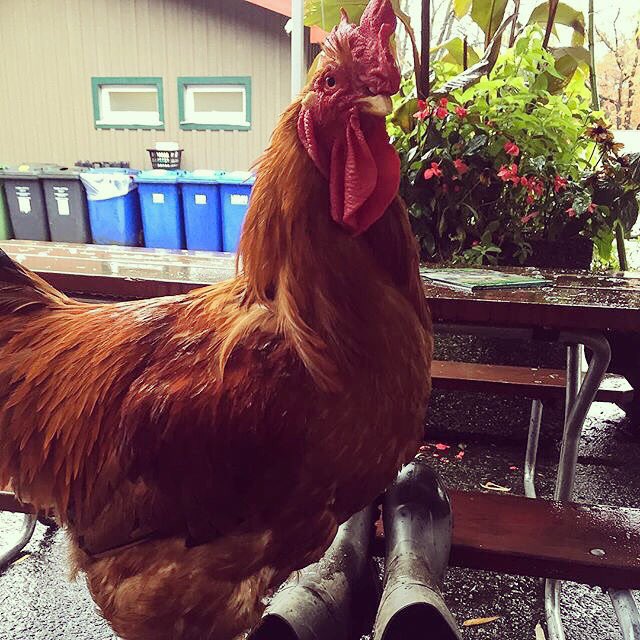 In 2016, there was a rooster hanging around Stanley Park.  He was named 'Ricky' and was looked after by the parks staff.  He hung out near the horse barns off of Pipeline road.  The parks staff even had some boots made for him to help with his bumblefoot condition.  Unfortunately, Ricky broke his leg and died from complications of surgery to repair his leg. 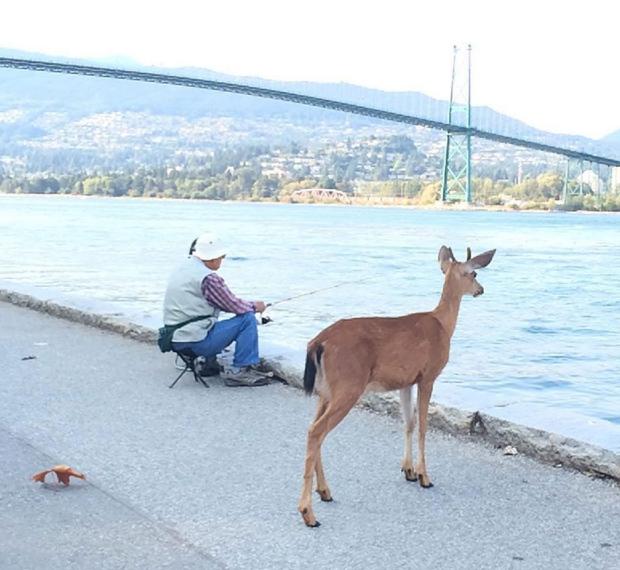 In September 2015, there was a deer that somehow made it to and resided in Stanley Park.  He must have somehow made it over the Lions Gate Bridge into Stanley Park.  It became friendly with people and people were feeding it.  It became known as the 'Downtown Deer'.  Unfortunately, after a couple of weeks it was struck by a car and unfortunately died. 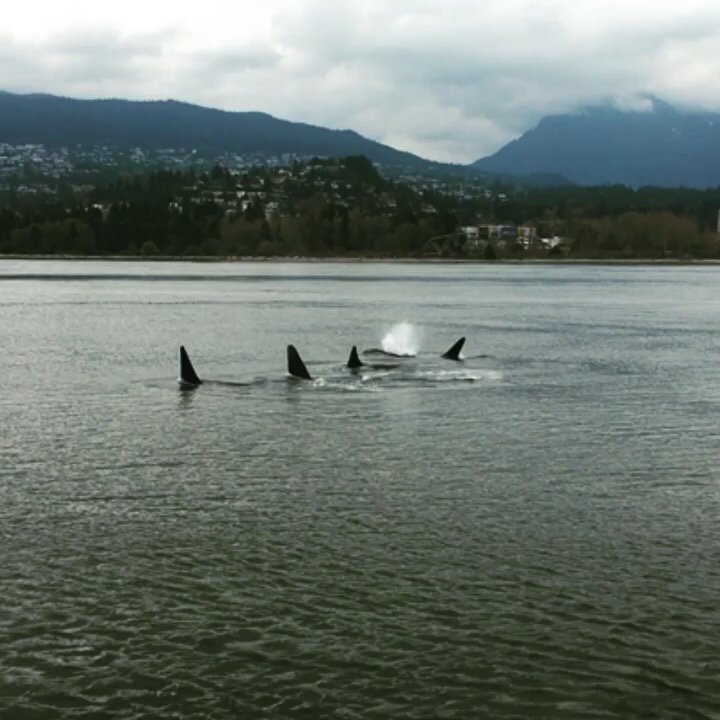 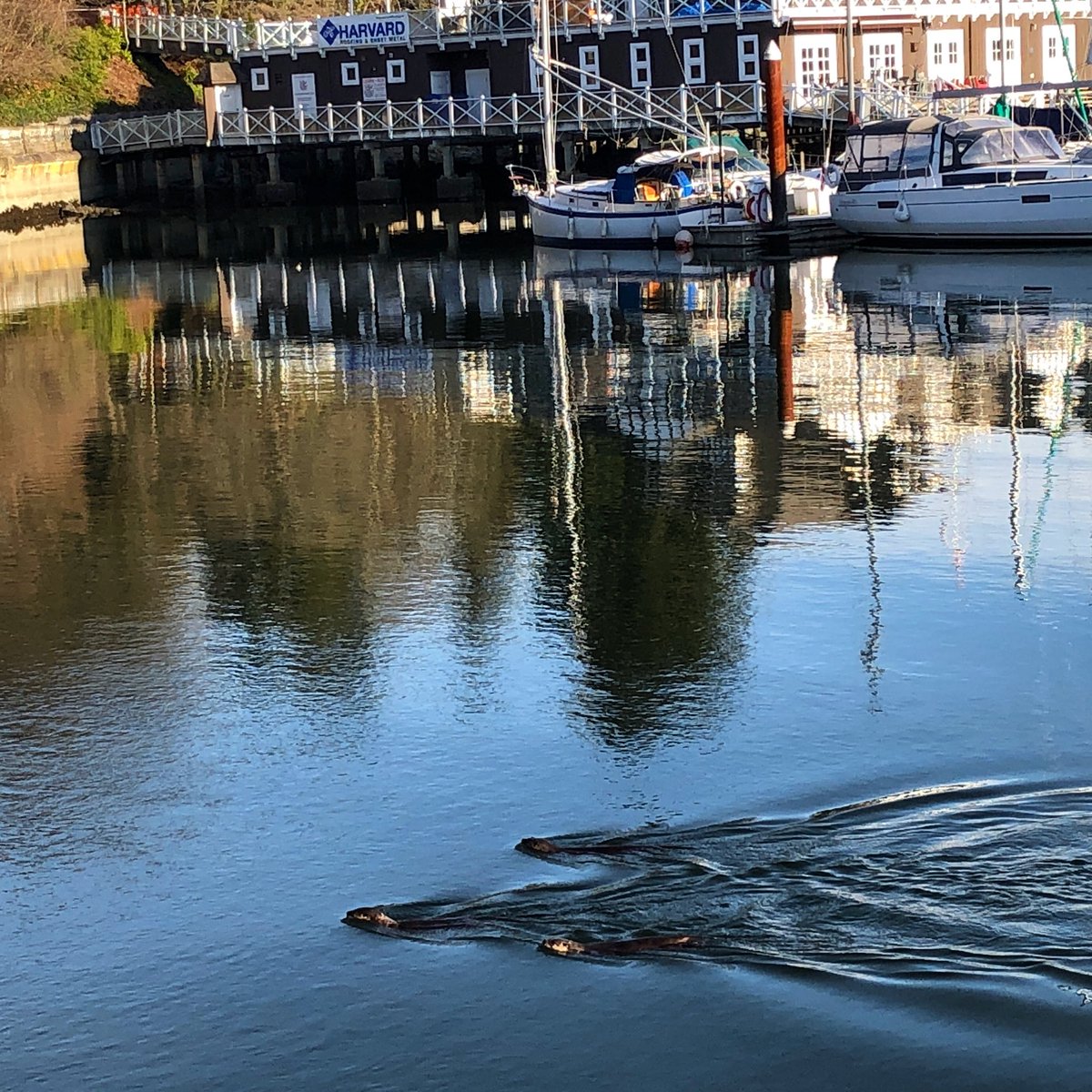 There are otters that swim in the ocean around Stanley Park.  The place where we have seen them most often is just off of the Stanley Park Seawall at Coal Harbour.

You can occasionally see harbour seals when walking on the Stanley Park Seawall.

There are 3 species of bats in Stanley Park.  They are the brown myotis, yuma myotis, and the big brown bat.  The best place to see bats is at Beaver Lake and Lost Lagoon at twilight when they are foraging.  They are also most active during the spring and summer.