There are 10 statues in Stanley Park that help tell the history of Vancouver and British Columbia and even the world!.  From the park's namesake, Lord Stanley, to one of the world's most famous poets, Robert Burns, to the fastest man in the world in his time, Harry Jerome, to one of Vancouver's first visionary mayor, David Oppenheimer, to one of the most interesting park residents, Portugese Joe, to one of Vancouver's most iconic statues, Girl in Wetsuit, to the two lions that guard the Lions Gate Bridge you will learn about the history of Stanley Park, Vancouver, British Columbia, and Canada by visiting these and the other statues that reside in Stanley Park.  In addition, there are statues that are themselves works of art such as the Raven Statue, and Bill Reid's Killer Whale statue that reside in Stanley Park.

Following is more information about each of the statues. 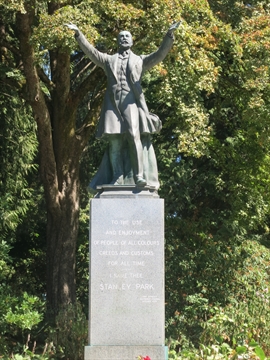 This is a statue to the park's namesake.  He was governor general of Canada when the park opened in 1888.  He actually visited the park to do an official opening!  He is also famous for having the Stanley Cup trophy, which is awarded to the best hockey team in the National Hockey League(NHL), named after him.  You need to read his word inscribed on this statue to see how forward thinking he was! 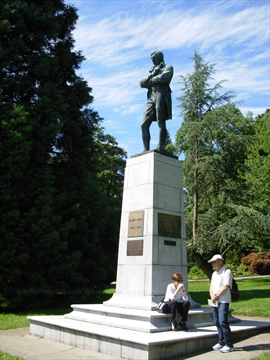 This is a statue to the 18th century Scottish poet, Robert Burns.  It was the first statue ever erected in the City of Vancovuer, and has some of his famous verses on it. 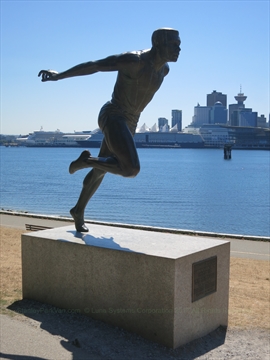 This is a statue to Canada's greatest sprinter!  He competed in the 1960, 1964, and 1968 Summer Olympic games winning a bronze medal in the 100 metres in 1964.  He won gold medals in the 1966 British Empire games and Commonwealth Games and the 1967 Pan American games.  He set 7 world records and held up to 4 world records at the same time for years.  His records are listed on a plaque on the statue. 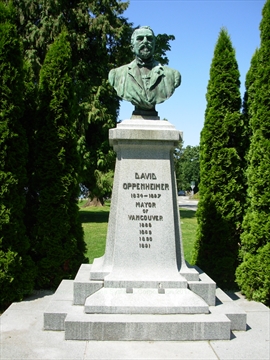 This is a statue to David Oppenheimer who was the 2nd mayor of Vancouver and was mayor when Stanley Park was created in 1888.  Born in Bavaria, his family moved to the USA eventually moving to British Columbia during the gold rush.  He moved to Vancouver and was a land developer and speculator prior to the Canadian Pacific Railway would reach Vancouver.  He helped to start the Vancouver Board of Trade and as mayor set up a lot of the infrastructure that we take for granted now such as the water connection to the reservoirs in North Vancouver. 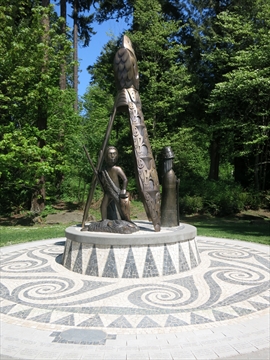 This is Stanley Park's newest statue (2015).  It is a statue to Portugese Joe Silvey who was born in the Azores and ended up living at Brockton Point in Stanley Park near where this statue to him resides.  He was a very interesting man having been a whaler, fisherman, and saloon keeper!  He was married twice to First Nations women and had 11 children.  The artist who created this statue, Luke Marston, is the great-great grandson of Portugese Joe!  This is a beautifully done statue with intricate carvings depecting the life of Portugese Joe and his wives. 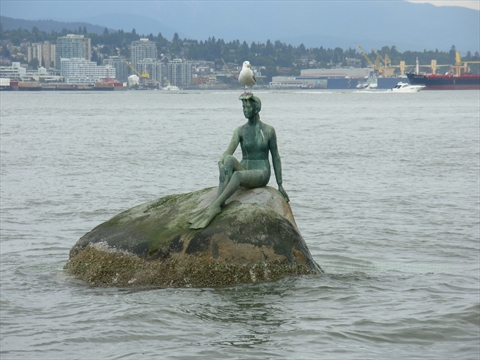 The Girl in Wetsuit statue is an iconic Vancouver statue.  Situated on a large rock in the ocean next to Stanley Park, this statue is often confused as a copy of Coppenhagen's mermaid statue.  If you look close it is definitely not a mermaid and is definitely unique to Vancouver! 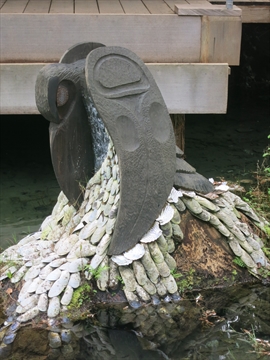 The Raven Statue in Stanley Park is a little-known statue that was made from trees that fell during a windstorm.  The raven in First Nations lore represtents tranformation and change! 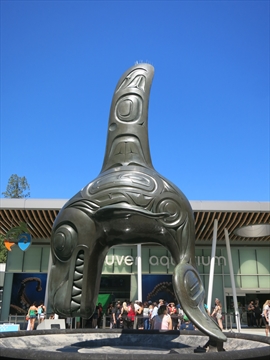 The Killer Whale-Chief of the Undersea world is a fabulous bronze statue by the legendary first nations artist Bill Reid.  Located in front of the Vancouver Aquarium it is one of his iconic art works that definitely needs to be seen! 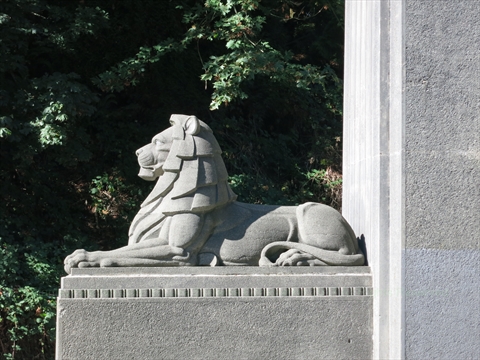 There are 2 lion statues that guard the south entrance to the Lions Gate Bridge in Stanley Park.  These are fabulous statues that millions of people drive by every year and hardly notice.  The symbolism of the lions comes from the mountains in North Van that look like 2 lions sitting down.  These statues are accessible via the sidewalks of the Stanley Park Causeway and Trails within the park.