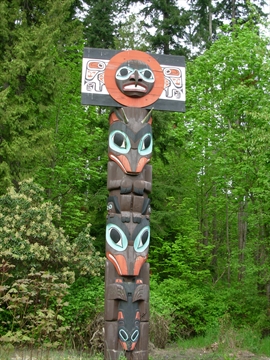 The Chief Skedans Mortuary totem pole is a unique totem pole at Stanley Park.  It is the only mortuary totem pole, i.e. the pole is a type of totem pole where a chief's remains would be placed within a cavity at the top of the totem pole.  This pole is also very stunning.  This particular pole was carved by the late great Haida artist Bill Reid and his assistant Werner True. 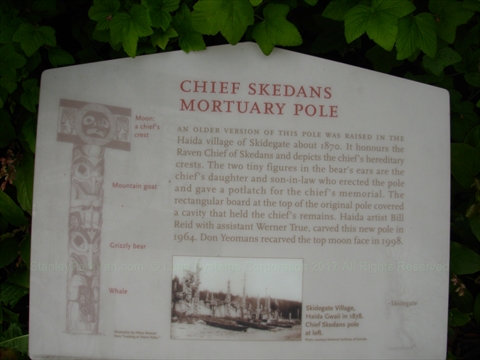 AN OLDER VERSION OF THIS POLE WAS RAISED IN THE Haida village of Skidgate about 1870.  It honours the Raven Chief of Skedans and depicts the chief's hereditary crests.  The two tiny figures in the bear's ears are the chief's daughter and son-in-law who erected the pole and gave a potlach for the chief's memorial.  The rectangle board at the top of the original pole covered a cavity that held the chief's remains.  Haida artist Bill Reid with assistant Werner True, carved this new pole in 1964.  Don Yeomans recarved the top moon face in 1998.

The caption of the photo says: Skidegate Village, Haida Gwaii in 1878.  Chief Skedans pole at left. 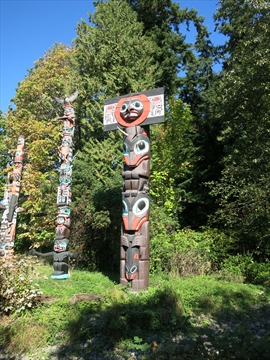 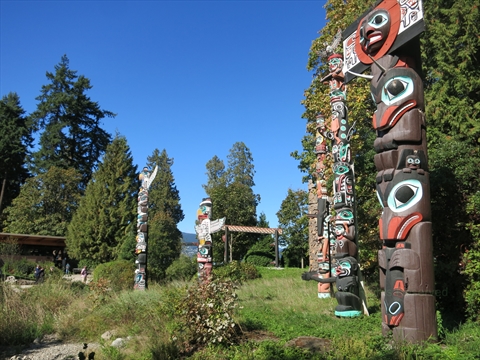 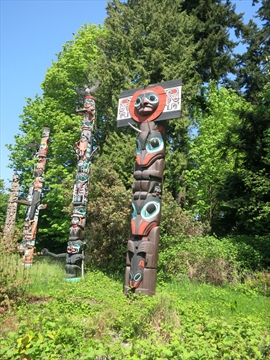 Where is the Chief Skedans Mortuary Totem Pole in Stanley Park?

The Chief Skedans Mortuary Totem Pole is located with many other Totem Poles in a display area at Brockton Point in Stanley Park, Vancouver, BC, Canada.