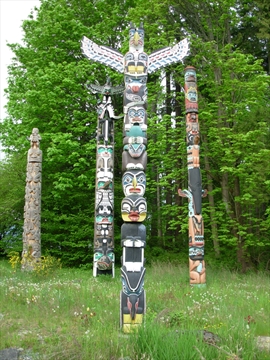 PEOPLE COME FROM FAR AWAY TO SEEK HER ADVICE

KWAKWAKA'WAKW CARVER ELLEN NEEL AND HER UNCLE Mungo Martin were among the first artists to achieve wide recognition for their totem poles commissioned by museums, cities, and art collectors.  Neel was also the first woman to become a Northwest Coast carver.  This pole was completed in 1955 for Woodward's Department Store.

In memory of Neel's pioneering role in reaching an international audience through her art, the University of British Columbia Museum of Anthropology has loaned this pole to Stanley Park.

The photo caption says: Ellen Neel (second from left) working with her family at Stanley Park in 1955. 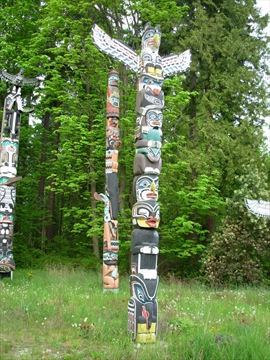 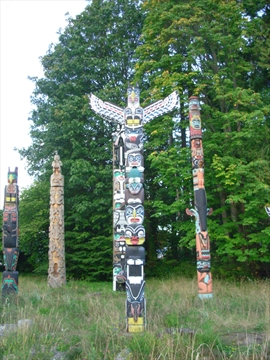 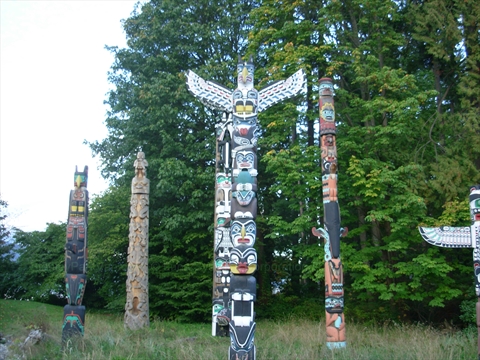 Where is the Kakaso'Las Totem Pole in Stanley Park?

The Kakaso'Las Totem Pole is located with many other Totem Poles in a display area at Brockton Point in Stanley Park, Vancouver, BC, Canada.