﻿ Driving Tour of Stanley Park in Vancouver, BC, Canada | StanleyParkVan.com ﻿ ﻿ 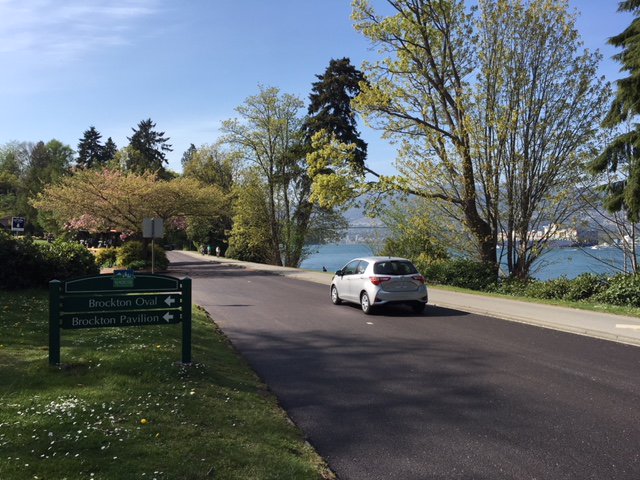 A good way to see some of the highlights of Stanley Park is by taking a driving tour.  Stanley Park Drive is the road that goes around the entire park.  You can just drive around the park on this road and you will pass by a number of the attractions in Stanley Park.

Unfortunately, driving is a little more difficult these days because one of the road lanes has been converted to a bicycle lane.  So, cars are unable to pass each other now.

This driving tour should take between 45-60 minutes if you don't stop at any of the parking lots. 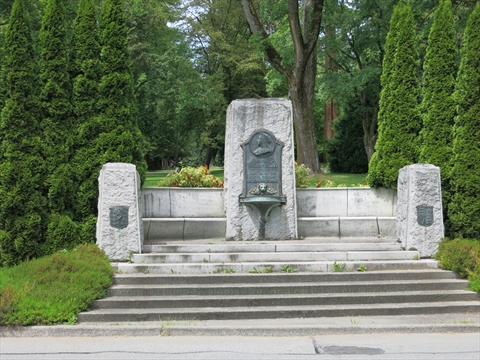 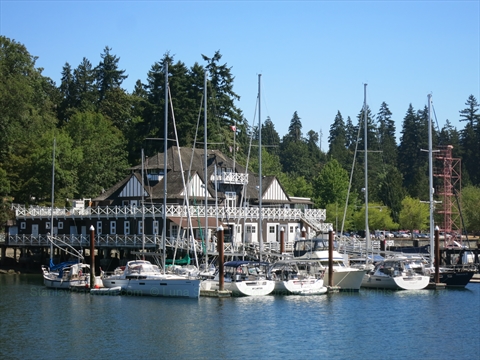 The overpass is actually the Stanley Park entrance bridge.   After the overpass, on your left you will see the Robert Burns Statue which is the first ever statue erected in Vancouver and a tribute to the famous poet.  Also, on your left you will see the Queen Victoria Memorial which was built using money raised by Vancouver school children who sold postcards.  On your right will be the Vancouver Rowing Club which is home to many olympic rowers and a rugby club. 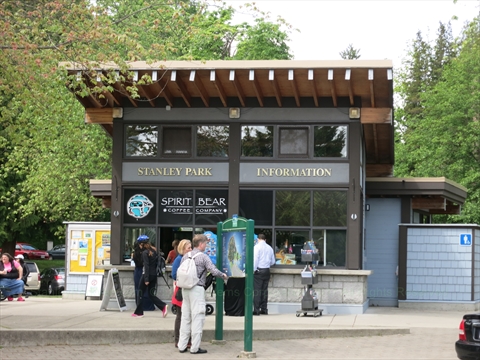 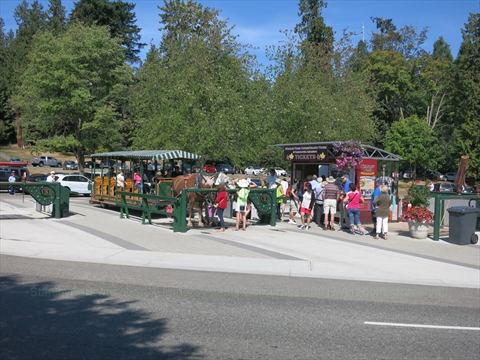 Next you will see the boats in Coal Harbour and the Royal Vancouver Yacht Club.

Next you will come to the Stanley Park Information Booth.  There is a parking lot here where you can stop.  You can get a map of Stanley Park at the Information booth.  Also, this is where the Horse-drawn Carriage Tour starts and ends.

Additionally, there is a small concession stand and public washrooms here.

Continuing further East into Stanley Park to the Totem Poles 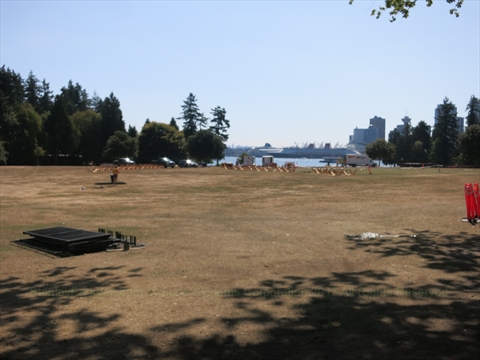 Continue driving along Stanley Park Drive.  Then, to the right, you will see Deadman's Island.  This was a indigineous burial ground, smallpox quarantine, and is currently a Naval training base.  Then, on your left you will see the Brockton Playing Fields where cricket is played in Vancouver and was Vancouver's first sporting field.  Large events such as the SeaWheeze festival are held here.

You will see a parking lot on your left.  You may want to consider stopping here at the Totem Poles parking lot, because this is close to many attractions such as the Totem Poles (Vancouver's number 1 free attraction!), Portugese Joe Statue, and the West and North Vancouver Lookout.

Additionally, there are public washrooms here. 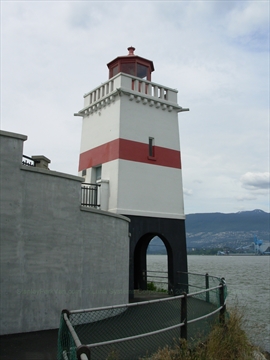 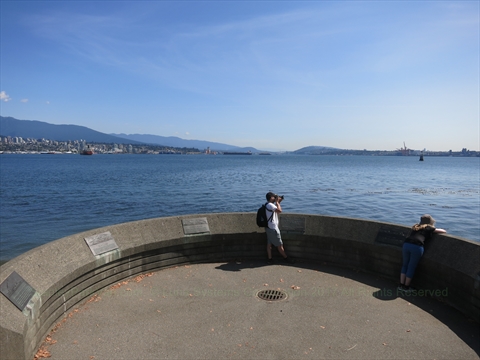 Continue driving east on Stanley Park drive.  On your right you will see Hallelujah Point which got it's name because there were church services here and people all the way over in Gastown could hear the people say 'Halleluhah'!  Also, on the right is the Harry Jerome Statue.  Harry Jerome was probably the fastest runner and Olympian in the world for a few decades!  He held 7 world records!

There are fantastic views of downtown Vancouver, Canada Place, and the Vancouver Trade and Convention Centre on this stretch of road.

A little bit farther down the road you will see a small building on the edge of the seawall, which is the Nine O'Clock Gun.  This gun has fired nightly at 9pm for most of the last 100 years.  It has many interesting stories, including that is was kidnapped once and actually shot something which hit the floating gas station in Coal Harbour!

The road curves north now.  On your left in the bush is the Pioneers Cemetery.  Many of Vancouver's original inhabitants are buried there.  There are no grave markers anymore, but the area is left undeveloped.

You will soon see the next parking lot at the Brockton Point Lighthouse.  If you stop here, you can see the lighthouse, and the Port of Vancouver Lookout both of which provide fabulous views of Burrard Inlet, and North Vancouver. 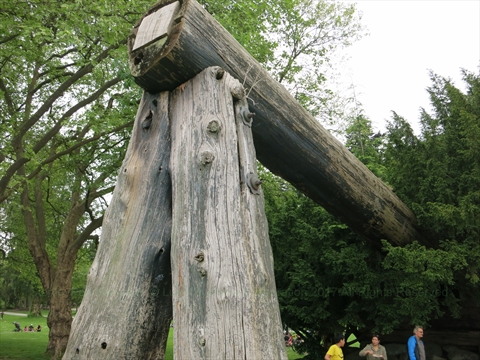 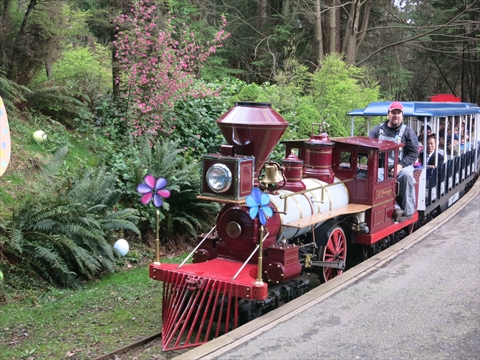 Continue driving east on Stanley Park drive.  You will pass the Brockton Playing fields from the north side, and the Brockton Oval where elite Rugby games are played.

The next attractions will be on the right.  You will see the Girl in Wetsuit statue on a large rock.  She is not a mermaid as many people first think.  Also, you will see the SS Empress of Japan Figurehead.  In the early 20th century, Canadian Pacific Steamships travelled to the far east and back to Vancouver for over 50 years.  The SS Empress of Japan was one of these ships.  It's figurehead was saved when the ship was salvaged.

Next there will be the Lumbermens Arch area parking lot on the left.  This area is popular for picnicing, and is close to the Vancouver Aquarium , Miniature Train ride, Lumbermens' Arch, and Variety Kids Water Park .

Additionally, there is a large concession stand and public washrooms here. 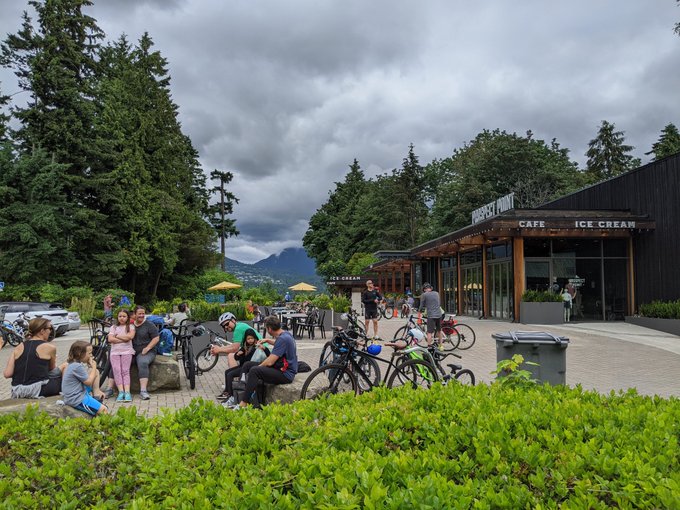 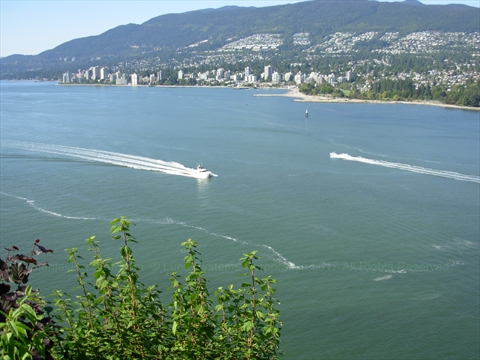 Continue driving east on Stanley Park drive.  There are no attractions for a while.  Enjoy driving in the forest.  The road will start to get steeper and windier.  You will go up a large steep hill.

Additionally, there is a restaurant, concession stand and public washrooms here. 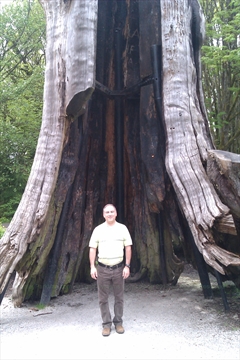 Continue driving south on Stanley Park drive.  You will be heading downhill, but don't go to fast because soon on the left will be a parking lot with the Hollow Tree.  The Hollow Tree is probably the most famous tree in Vancouver.  It was a giant tree which was so big people used to park cars in it for photos.  It decayed over the years until a group of citizens raised funds to stabilize what was left of it.  It is a great place for a photo. 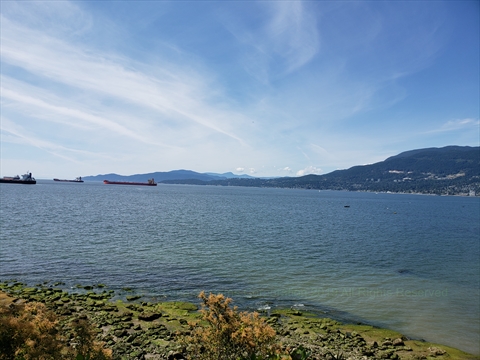 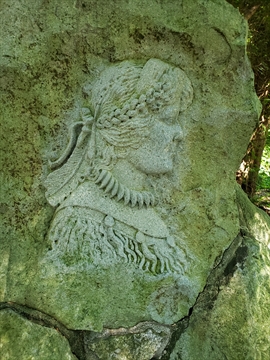 Continue driving south on Stanley Park drive a little further.  On your right there will be a turnoff to a parking lot.  Take this turnoff, then turn left into the parking lot.&nbps This is Ferguson Point.  Ferguson Point is a fabulous lookout out to the ocean in the west!  During World War 2 there was artillery stationed here.

As you drive this section of road, be aware that you are driving past some of the tallest, largest, and oldest trees in the world! 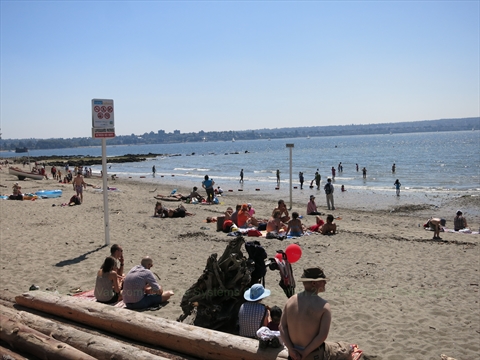 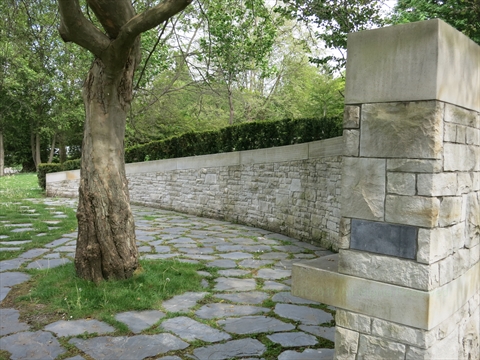 Continue driving south on Stanley Park drive a little further south.  On your right there will be a turnoff to a parking lot.  Take this turnoff, then turn right into the parking lot if you want to stop.&nbps This is the Second Beach parking lot.

If you stop here, you will be able to see Second Beach, Ceperley Park, Air India Memorial, and the Second Beach Outdoor Swimming Pool.

Additionally, there is a large concession stand and public washrooms here. 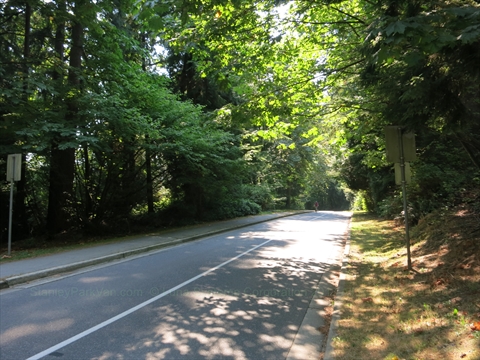 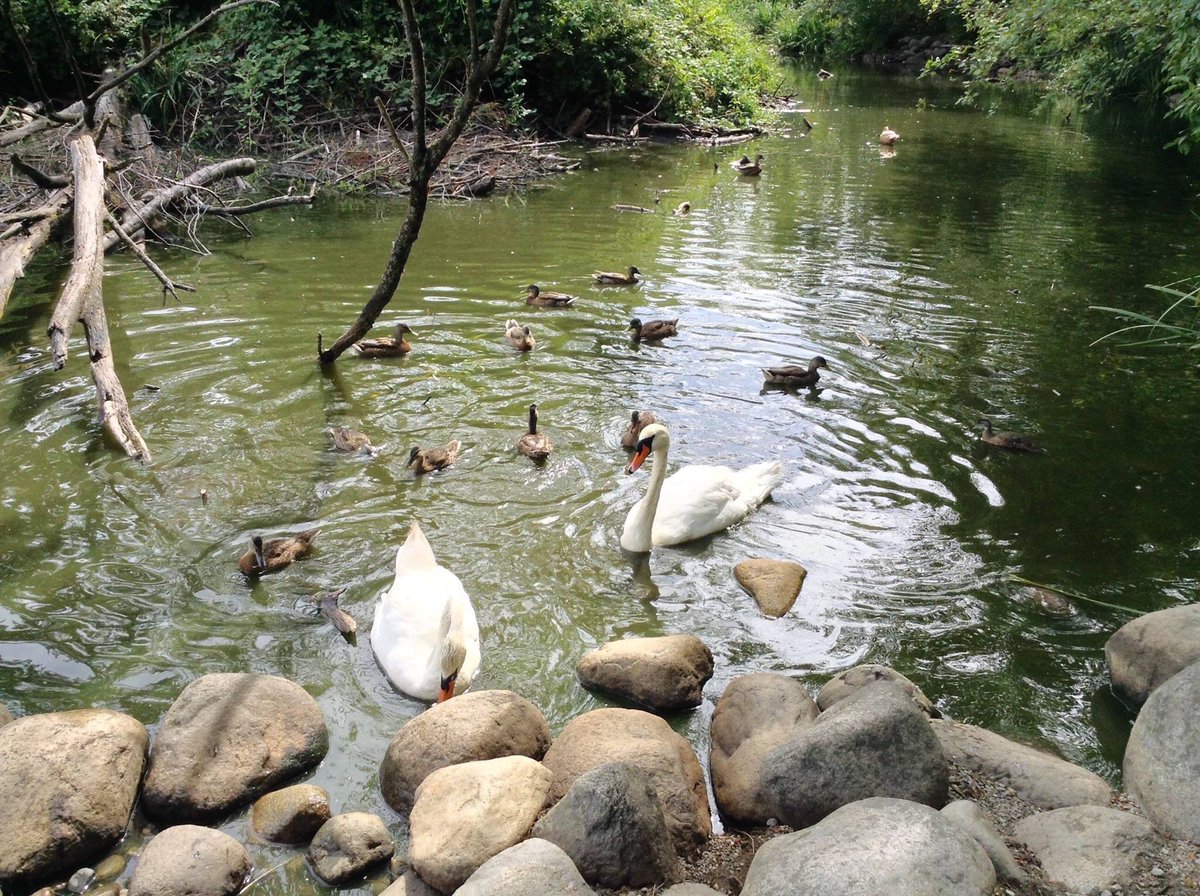 Due to the new bicycle lane, you cannot continue much farther on Stanley Park Drive.  You must turn left onto North Lagoon drive.  As you drive along this road there is street parking.  If you choose to park along this stretch you can see the Duck Pond, and Lost Lagoon.

This concludes the driving tour!  I hope that you were able to see some of what Stanley Park offers!